Quite the variety of fish caught today. Nearshore boats continued to bring in good catches of Spanish Mackerel and Taylor Blues with some false albacore in the mix.  The Offshore fleet had Blue Marlin, White Marlin and Sailfish releases.  Also caught was a 285 pound Bigeye Tuna, yellowfin tuna 2 wahoo and mahi mahi!  The bottom fishing trip resulted in very good catches of Tilefish and Black Seabass.  We are looking for anglers to join makeup charters this week so give us a call at 800-367-4728 or stop by the Charter Desk in the Ship’s Store!  We still have boats available for the Alice Kelly tournament on Sunday and for the Big Game Tournament next week.  There will be a lot of action going on so stop by Mimi’s Tiki Hut and cool down with a cool drinks and awesome Marina Views! 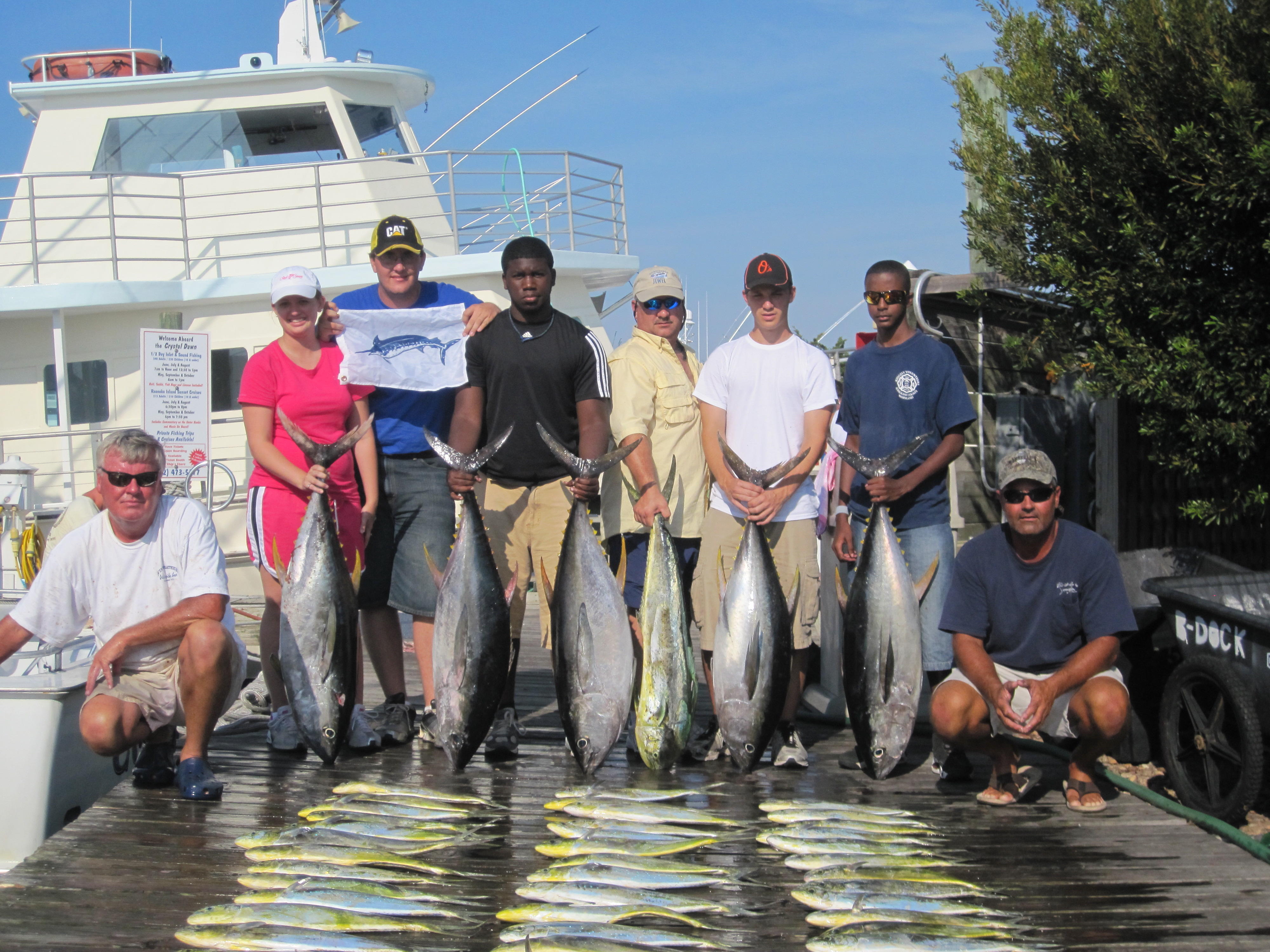 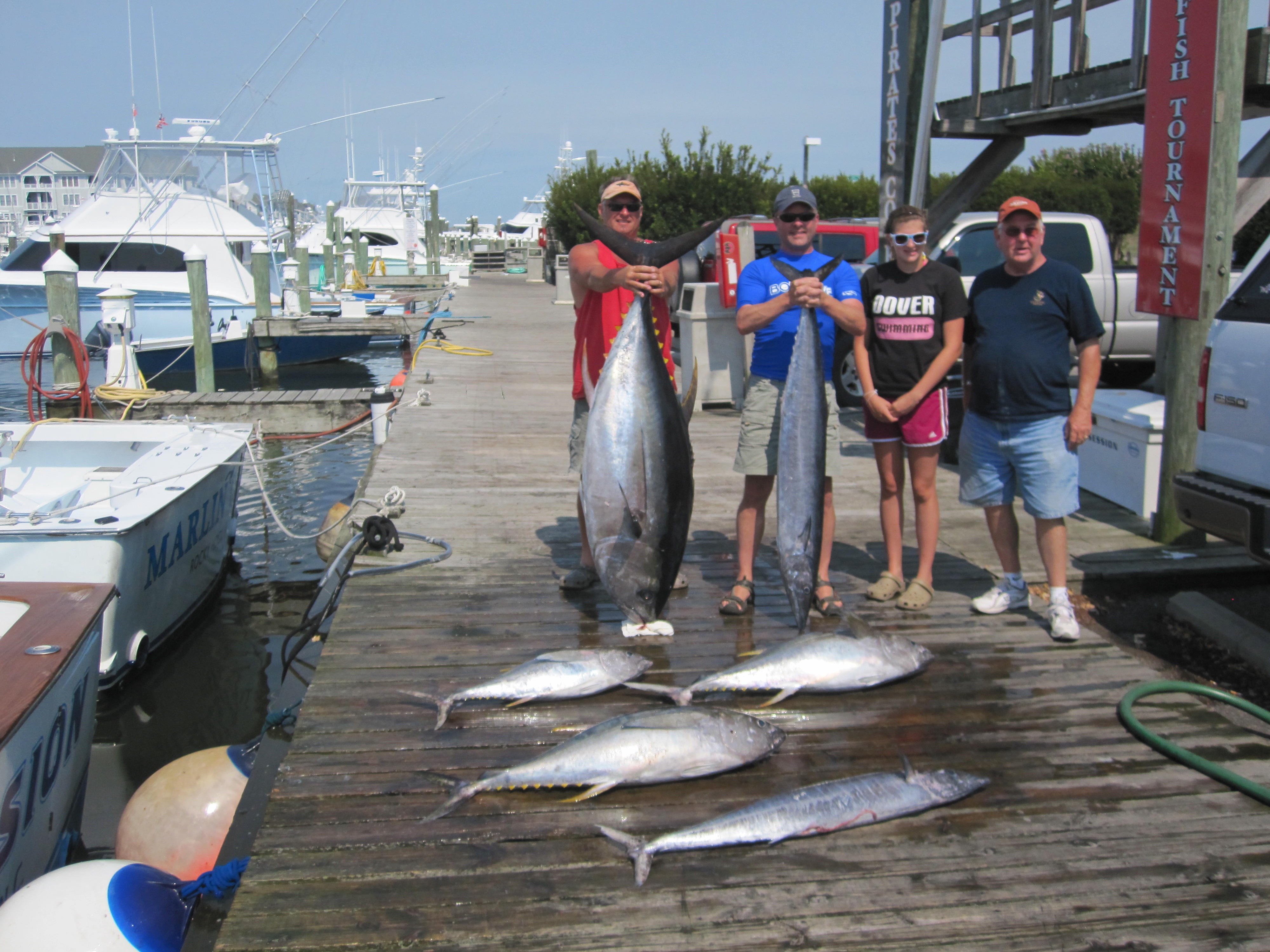